Safe Haven was the name given to the rumored sanctuary in which actuals are protected from the imprinted and the technology used for wiping/imprinting. Through unknown means, Alpha has been able to ensure that individuals living in Safe Haven will not be remotely wiped, as it had been stated at one point, that because of him, no one has been wiped. The location has been kept a guarded secret, even from those who wish to journey there to ensure that the imprinted will not discover its location. The only known individual with knowledge of its location is Caroline Farrell, who has led at least one group of actives there. To guide future residents, and to ensure that knowledge of Safe Haven survives Caroline's potential death, or wipe/imprinting, a copy of Caroline Farrell's personality has been placed onto a wedge and stored at the Los Angeles Dollhouse facility, where Whiskey waits for individuals seeking Safe Haven. While Whiskey herself isn't given the knowledge of Safe Haven's location, she is aware the imprint of Caroline exist and acts as a guide to potential residents by leading them to the chair, which contains memories and instructions of the Dollhouse actives and staff, and the use of the technology. In the year 2019, a group of actuals stumbled upon the Dollhouse, and after meeting Whiskey, imprinted Caroline into Iris and began their journey for Safe Haven,

"Safe Haven" is actually an unassuming farmhouse in the mountains near "Neuropolis", Rossum's headquarters after the apocalypse. The survivors explain that they needed their base to be relatively near Rossum, so they can raid the city for technology.

There hasn't been much revealed on Safe Haven, which was first mentioned in "Epitaph One", likely to give an incentive to tune into season two. In addition, the true state and existence of Safe Haven hasn't been confirmed, as Joss Whedon has stated that the future as seen in in 2019 is "set" but the "flashbacks" (or memories) may not be actual.

It is also interesting to note the rather simplistic nature behind the name, "Safe Haven" which is the term sometimes used to describe a sanctuary. 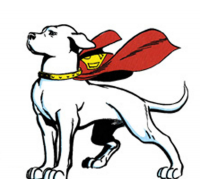